Brexit and the Security Industry in London and the UK 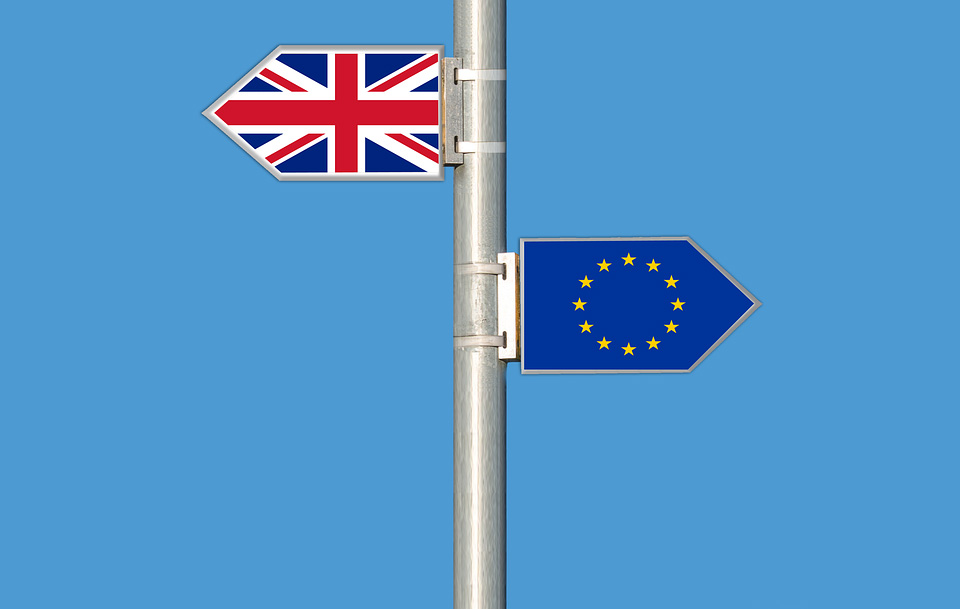 It’s impossible to turn on the news these days without tuning into discussions about Brexit. Recently the talk has been about obtaining an extension for the UK’s exit, with a new date of 31st October 2019 set for our departure from the European Union. Although there has been much discussion about when we will leave, the implications of Brexit for specific sectors have been largely unexplored.

This blog post will discuss how Brexit is likely to affect the security industry in the UK, following on from our earlier blog about Brexit in its initial phase.

The security industry is part of the wider services industry, which a 2018 Treasury report estimated forms 80% of the UK’s economic activity. Services are therefore vital to the success of the UK’s economy, and this is a sector that is likely to be affected by Brexit. Exports of services have also been rising in recent years, particularly to the EU. Looking at the Treasury’s prediction from November 2018 of the likely impact of Brexit on the different industries, we can see that services won’t be the worst affected. The drop-down lines in the graph below show that the two industries worst affected by Brexit are likely to be the chemicals, pharmaceuticals, rubber and plastics industry, and the motor vehicles and parts industry, which are shown on the far left of the graph. Although services won’t be as badly affected as goods, the security industry will suffer in particular, compared to other services, because of the number of security guards, particularly in the London area, who are EU nationals. 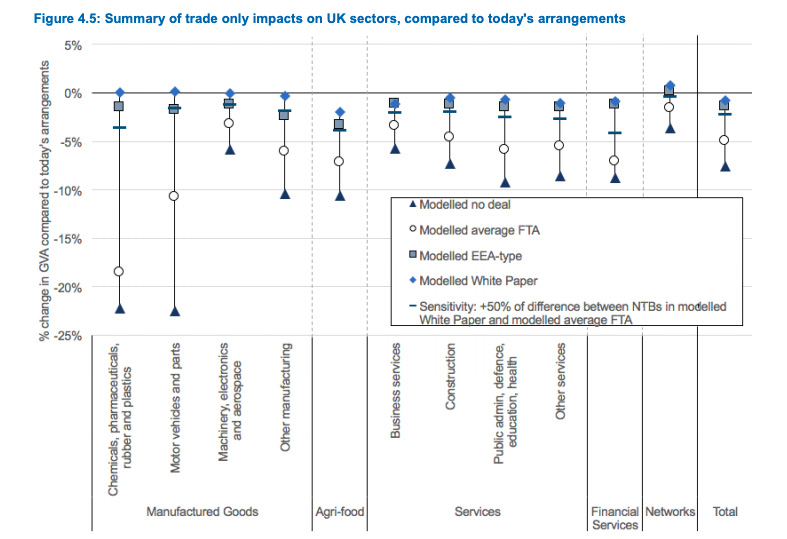 Caption: The Treasury’s prediction of how different type of Brexit will affect the UK’s sectors

Out of the 371,266 licences issued by the Security Industry Authority (SIA), 15,000 belong to EU nationals. As London is the centre of immigration in the UK, many of these 15,000 registered security guards will be operating in the London area. These security guards are part of the contingent of 3.5 million EU nationals living in the UK whose future after Brexit is uncertain. As the deal with the EU has not yet been agreed, it is difficult to predict how it will impact on migration from the EU to the UK. However, it is clear that the free movement of people will end, or at the very least be restricted, seriously affecting core numbers of workers on which the security sector relies.

Security companies such as Security Risk Specialists may therefore find it more challenging to recruit guards after Brexit. In addition to this, the economic shortfall following our leave from the EU is likely to result in a rise in crime due to the link between a country’s poor economy and a rise in crime, which is particularly marked during a recession. Economists have commented that there is a 25% chance of a recession following Brexit, which could lead to more crime and therefore a higher demand for security services and a greater need for security guards.

Let’s take a closer look at how Brexit is forecast to affect the economy. We referred the Treasury’s report on Brexit at the beginning of this blog; let’s look some data from that report of November 2018, and an earlier Treasury report from 2016, the year of the referendum. The analysis shows that the UK would be permanently poorer after leaving the EU, and provides some shocking statistics about how the average household will be affected. There are three types of models under which our relationship with the EU might fall post-Brexit. These were outlined by the Treasury as below:

The Treasury predicted that the annual loss of GDP per household under each of the three alternatives would be:

These figures demonstrate that Brexit is likely to have a substantial financial impact on the UK economy, making the average household in the UK between £2,600 and £5,200 poorer per year. If there is indeed a link between the poverty of a nation and its rates of crime, then we can forecast that Brexit will see an increased need for security guards at the same time as a reduction in the numbers of security guards coming over from Europe.

The security industry may therefore be impacted from two directions: a rise in crime, and a reduction in skilled and experienced security guards. Although Brexit is likely to create challenges for our industry, we at SRS only hope that the UK’s future relationship with Europe will allow the valued members of the EU to continue making their contribution to London’s workforce, and to our security team.