Crime on the Holloway Road and Security Prevention Measures 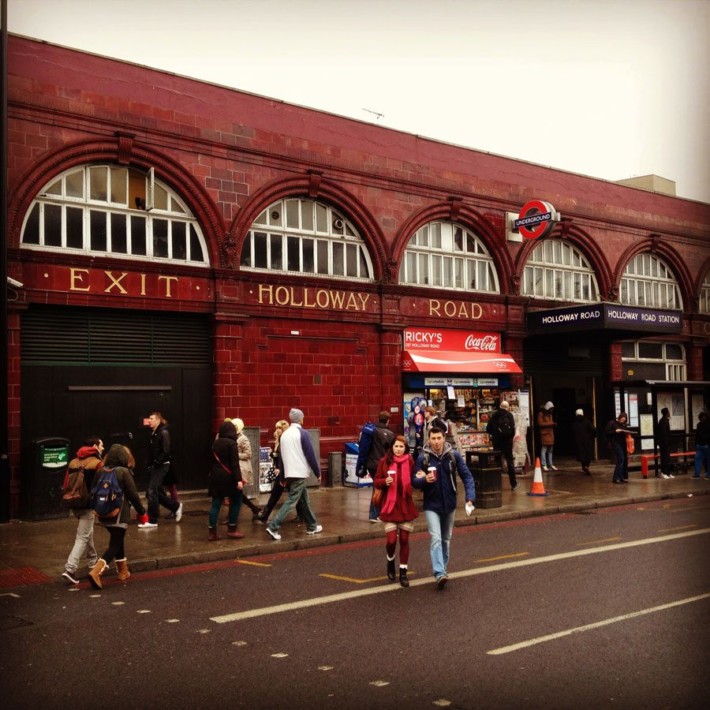 In May this year it was revealed that Holloway Road, in the Borough of Islington, was among the three London streets most affected by moped theft. This type of crime involves criminals targeting bystanders distracted on their phones, often mounting the pavements on their mopeds to snatch the phones or other goods out of their hands.

However, recent crime statistics for the Holloway area show a sharp drop-off in the number of overall offenses, including a reduction in moped theft. The graph below shows the decrease in monthly incidents from 196 in August 2018, to just 2 recorded crimes in September 2018. 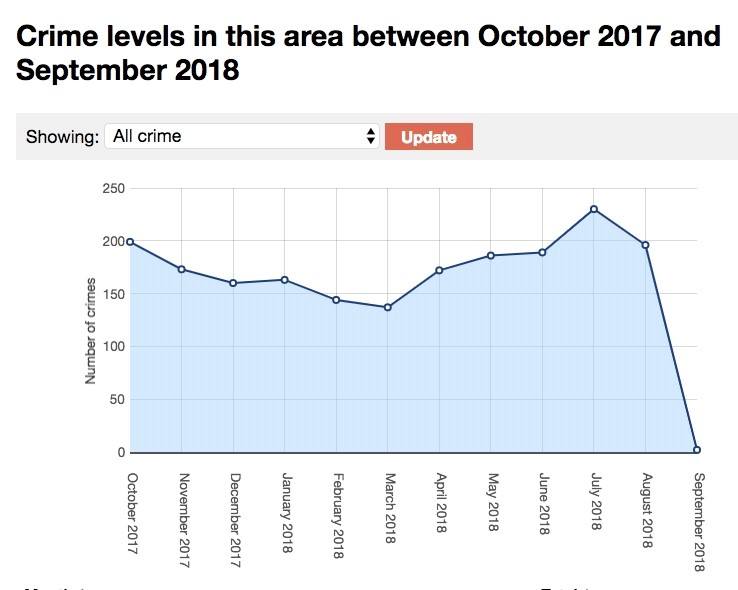 There are many factors which could account for this dramatic reduction in crime. It could be due to increased security in the area, either from security guards whose presence has a deterrent effect, or from heightened security services such as CCTV. Alternatively, stop and search action by the police could be having an effect both as a deterrent and in apprehending individuals about to commit crimes.

Stop and search has been in the news recently, as police chiefs have been hoping to expand their powers in this area. Last week, however, ministers vetoed their request to scrap ‘reasonable grounds’ for stopping and searching an individual. Doing so would have allowed police to stop individuals on no grounds at all, and it was feared that this would legitimise racist reasons for stopping some members of the public over others. The purpose of stop and search is to apprehend individuals who might be carrying harmful materials such as weapons or drugs. However, the policy has been accused of heightening racial tensions in communities, due to the disproportionate number of the Black community which is targeted. The below graph from the Metropolitan Police shows the proportion of different racial groups which they stopped and searched from March 2018 to August 2018. 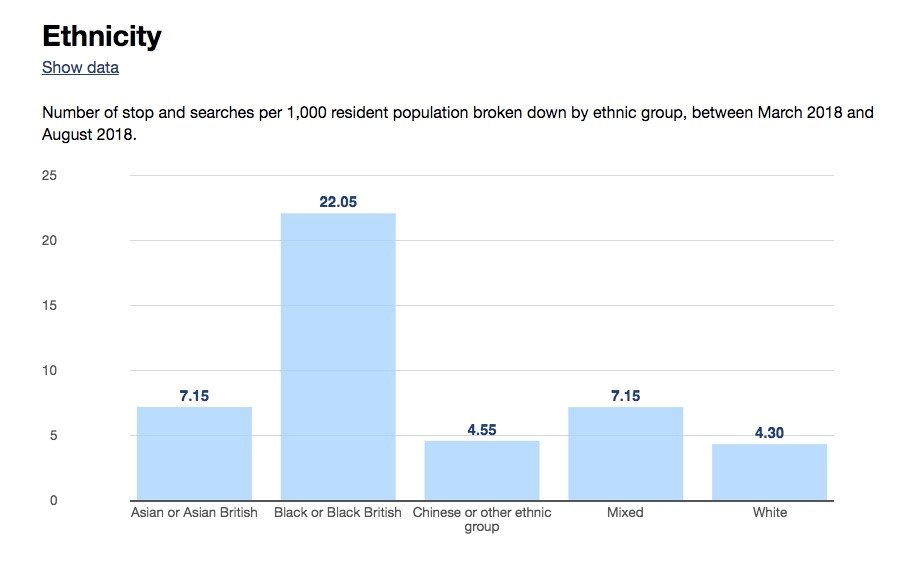 On this issue, The Mayor of London, Sajid Javid, commented: “If we want to stop offending in the first place, we should put ethnicity aside. It doesn’t matter if someone is black, or brown, or white or whatever they are. If the police think that there’s good reason that they may be carrying an offensive weapon, the police should be absolutely empowered to stop them.” Whether stop and search causes more harm in the community than good is thus up for debate, but it looks as though it’s here to stay.

With the days growing shorter in September, we might have expected the crime rate to increase rather than go the other way. This is because of the well-known cover provided to criminals by darkness. A recent study demonstrates that one way to combat this is to install LED lighting, which is thought to reduce serious crimes including robbery and property crimes by 39% at night.

This suggests that The Borough of Islington can look forward to a further reduction in crime in the future, as in January 2018, Islington Council pledged to switch all streetlights to LED by 2022. If the results of the study are accurate, this means the area of Islington, including Holloway, should experience a greater reduction of crime at night and in the winter months.

Whatever the causes in Holloway’s drop in crime, let’s hope they’re here to stay.