SRS in Romford: A Case Study on the importance of using Security Guards in tandem with Remote CCTV Monitoring in a warehouse setting where high-value goods are stored | Security Risk Specialists

SRS in Romford: A Case Study on the importance of using Security Guards in tandem with Remote CCTV Monitoring in a warehouse setting where high-value goods are stored

In 2018 SRS was asked to advise a large corporation on security needs for an empty Warehouse outside of London where they were planning to store goods. Due to the number and the value of the goods we advised that security would be required outside of the operational hours, and that they should use both CCTV and live security guards.

Due to the cost of guarding out of hours, they felt it was important to save costs and so hired an alarm company to install a large number of security cameras throughout the premises.

When securing premises, CCTV cameras are installed so as to be sure to hit all acute angles of entries and exits and hallways, and then extras will be added to increase security detail. The process is thorough, but there are intrinsic complications to the process that should be considered when companies or individuals are planning to store high value goods or are going to be using storage in relatively remote locations.

Where CCTV cameras are monitored around the clock by a remote-control room located some distance away – the security monitoring control rooms are often located in another city some distance from the protected property.  The cameras are monitored on a 24-hour basis by trained individuals in the control rooms, and so, if a burglar enters the property, the person on watch in the control room announces through a remote tannoy system that the burglars have been seen and are being recorded. This will often deter the intended burglars, but in this particular case – and it is not by any means an isolated case – the burglars were wearing 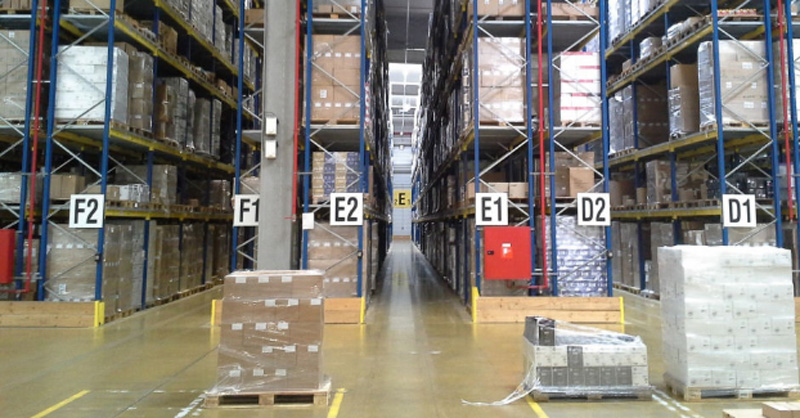 balaclavas and hoodies, and so although they could be seen by the security cameras, they could not be identified.

Adding to the problem were factors beyond the control of the security alarm company. Additional protocols for remote alarm companies include the use of a security vehicle which is meant to respond immediately when the control room dispatchers alert the roving guards to a breach in security. In addition, police are alerted. But what happens when there is heavy traffic, and neither the alarm company car nor the police are able to get to the property in a timely manner? In the case at hand, the vehicle response time was over 20 minutes, with the police not arriving until 27 minutes after the calls were made by the remote guard. By then the burglars had absconded with approximately £75,000 goods. As well, alarmed response services are shared by many clients, and if the on-duty guard responds to one call and then a second burglary occurs in quick succession, the guard will not be able to get to the second burglary in a timely manner, rendering the Remote CCTV Monitoring useless.

What we have found is that the complications inherent in a Remote CCTV Monitoring often means that it is necessary to also employ security guards on the client premises. If a good is being regularly burgled, insurance will increase exponentially. And as well, if merchandise is being stolen, there is a worry that goods may not just be stolen, but being sold on the black market, thus lowering the value and exclusivity of the business’s client’s product. As well, if a company is in charge of security for other companies’ goods, such as a business shipping goods from a manufacturer in China to a supplier business in the UK, and they are using storage facilities in the course of that process, there is also the vital matter of the shipping business’s reputation. Theft of goods can do damage to a company’s reputation, and hurt the business financially. Thus, getting it right in terms of what security options to employ is key.

The value isn’t necessarily physical; it may be about a Fintech company protecting against data breaches. One Fintech company in central London recently had a break in and had over 70 computers stolen, and due to this physical theft, there was a possible breach of security for the company’s hundreds of thousands of users. Since that break in, the company has secured physical guards for their premises.

As the saying goes, reputation is everything, but so is peace of mind. Let us help you best secure yours.

For full details of our 24/7 Security Guards London services go to https://srslondon.co.uk/portfolio/security-guards-london/.or call us on 020 3004 4189.