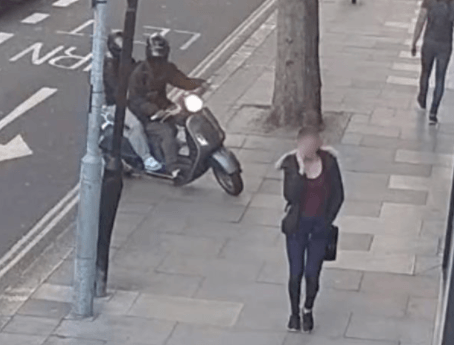 SRS prides itself in a holistic approach to protection and as such performs Security Drills in conjunction with both guards and clients together. Recent example focused on criminality in London and aimed to educate everyone on site about the dangers of mobile phone theft in Central London.

SRS Scenario Training  “Guards and Clients train on site together”.

The Met Police just last month released a list of the Six London hotspots at the centre of the moped mobile phone theft ‘epidemic’, and the list included Upper Street and Oxford Street as areas particularly targeted. A recent BBC 3 Documentary; INSIDE BRITAIN’S MOPED CRIME GANGS heard Mr. X from Islington boasting about the ease with which he commits mobile phone theft : “It’s like stealing candy from a baby. In 15 to 20 seconds I could get like two or three phones”.

Scenario based training is at the heart of the SRS approach to security and protection and regular Security Drills helps to hone our Guards’ skills and improve their reactions.

This footage and video below captures the realistic depiction of such a scenario and illustrates a real time SRS simulation where the client and guard were approached at random by a would-be mobile phone robber.

This realistic simulation was followed by a debrief to all member of staff and guards at the client`s premises.  Yair Daren SRS head said “Visual simulation and awareness training are excellent tools to equip both members of staff and guards with the capabilities to better handle these highly likely scenarios.  We talked through their reactions and discussed their response and how everyone can be better prepared”

Dr. Simon Harding, Professor of criminology at the University of West London, according to The Daily Telegraph    told the BBC that crime is fuelled by what he refers to as ‘phone zombies’:

“If you look at mobile phones five years ago, they were pretty much in our pockets unless we got a phone call”.  Instead he points out that people are now so absorbed by their phones that they are often unaware of the world around them.

SRS encourages all our clients to be minded of their valuables and specifically their phones while walking along the street, crossing the road and waiting at bus stops.